As we head into the cooler, dry season of Thailand, it’s the perfect time to book a tee-time and head down to the stunning golf courses of Pattaya and Siam Country Club. Looking at some of the hottest trends in golf for 2019, one of Thailand’s biggest golf stories of the year is the launch of Siam Country Club’s Rolling Hills course.

This Brian Curley-designed, world-class course is laid out with the front nine consisting of relatively flat terrain. It has a wide-open feeling with not much in the way of large trees or foliage. Hole 5 is notable as it has two greens that can be put into play on different days. This changes the difficulty and length of the hole from one day to the next.

Once you get to the back nine, the terrain changes — the back nine heads into the gently rolling hills that give the course its name. Two scenic and large lakes come into play. One of the featured holes is the dramatic par-5 15th.

The aptly-named “wall of death” guards the green on the 15th. This series of bunkers makes playing the hole short or to the left an exercise in frustration. The safest way to play this hole is to the right, which offers a bailout.

The last three holes of Rolling Hills climb to the highest point on the course and offer a panoramic view of the Gulf of Thailand and the city of Pattaya. End your day at the spacious and modern clubhouse over an excellent meal and a round of cocktails.

With the Rolling Hills course being officially launched in January 2020, it’s already proving itself worthy as one of the biggest trends of the year on Thailand’s golf scene.

Here are some of the other major trends of 2019. 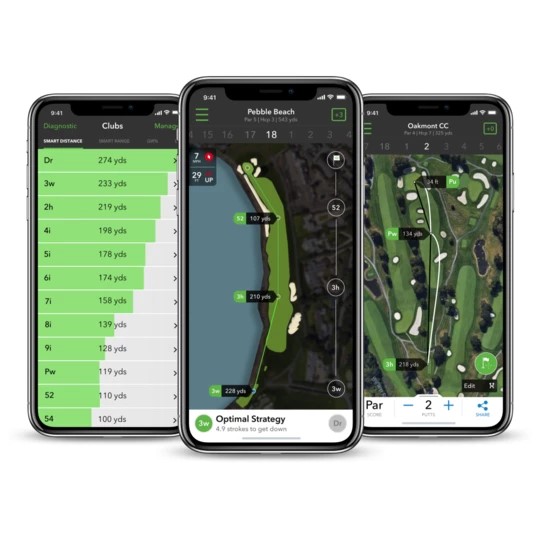 As the uses for, and abilities of, global positioning satellites (GPS) continue to develop, it’s probably inevitable they would be applied to golf. Golfers have been dealing with the difficulty and vagaries of calculating yardage for years. Misjudge the distance to the hole, and you risk selecting the wrong club and misplaying the hole.

With the Arccos 360 app, for Android and Apple smartphones, your entire round can be tracked by GPS. All your shots are then pieced together to provide you with a complete data set of the round. By analysing the data, you’re able to see the mistakes you made and use the data to improve your game. The app also has an artificial intelligence feature that learns your strengths, weaknesses and other aspects of your game and can alert you to these points.

Cobra Connect irons are the first clubs to come out that feature sensors that transmit the data to the Arccos 360 app. But they most assuredly won’t be the last. This app is likely to be a big hit with golfers desperate to improve their game. And other companies such as Garmin and Game Golf also have thrown their hats into the ring and are offering competing devices.

The Growing Popularity of Short Courses

18-hole golf courses made up completely of par-3s used to be the realm of hotels and resorts who utilised them for their space-saving attributes.

But they’ve always been popular, particularly with business-oriented, amateur golfers who would rather not spend 4 hours of their busy days on the golf course.

Golf course architect Tom Doak has taken the short course in a new direction in 2019. Sedge Valley will be a 6,100-yard, par 68, 18-hole course in Wisconsin’s Sand Valley lineup of golf courses.

This follows the successful launch of other short courses around the US in Florida and Arizona. These courses have proven to be more profitable when water, labour, maintenance costs and land acquisition costs are figured into the equation of overall profitability.

Stadium Golf – Appealing to an Audience

The term “stadium golf” was first used to describe the Tournament Players Club at Sawgrass in Ponte Verde Beach, Florida. Their deceptively simple design makes good use of hillsides around the greens of certain holes to provide an amphitheatre-like atmosphere for galleries of spectators.

The concept is being embraced by courses around the world who value the revenue that TV and large galleries can bring to their golf clubs. In some locations, it’s through the installation of permanent bleachers around a green. In other locations, it’s the use of landscaping to create a hilly area around the green that provides spectators and cameras with a better view of the action. But both of these options are becoming popular additions to some of the world’s golf courses as golf continues to grow in popularity as a spectator sport.

An Alternative to Expensive Golf Clubs

The major golf club manufacturers, including Callaway, Ping, TaylorMade and Titleist, continue to raise their prices year after year. With a set of irons costing as much as 2,000 dollars US and the price of a driver can set you back 500 dollars US or more, golf is threatening to become a sport available to only the wealthiest of players. A dozen golf balls can even top 40 dollars US these days.

This state of affairs has spurred smaller ”boutique’ manufacturers to begin offering quality golf clubs and equipment that are priced to be much more affordable to the masses. They are often half of the prices charged by the ”big four’.

Sub70 Golf and Hogan Golf are some of the boutique manufacturers that are trying to keep golf affordable to everyone.